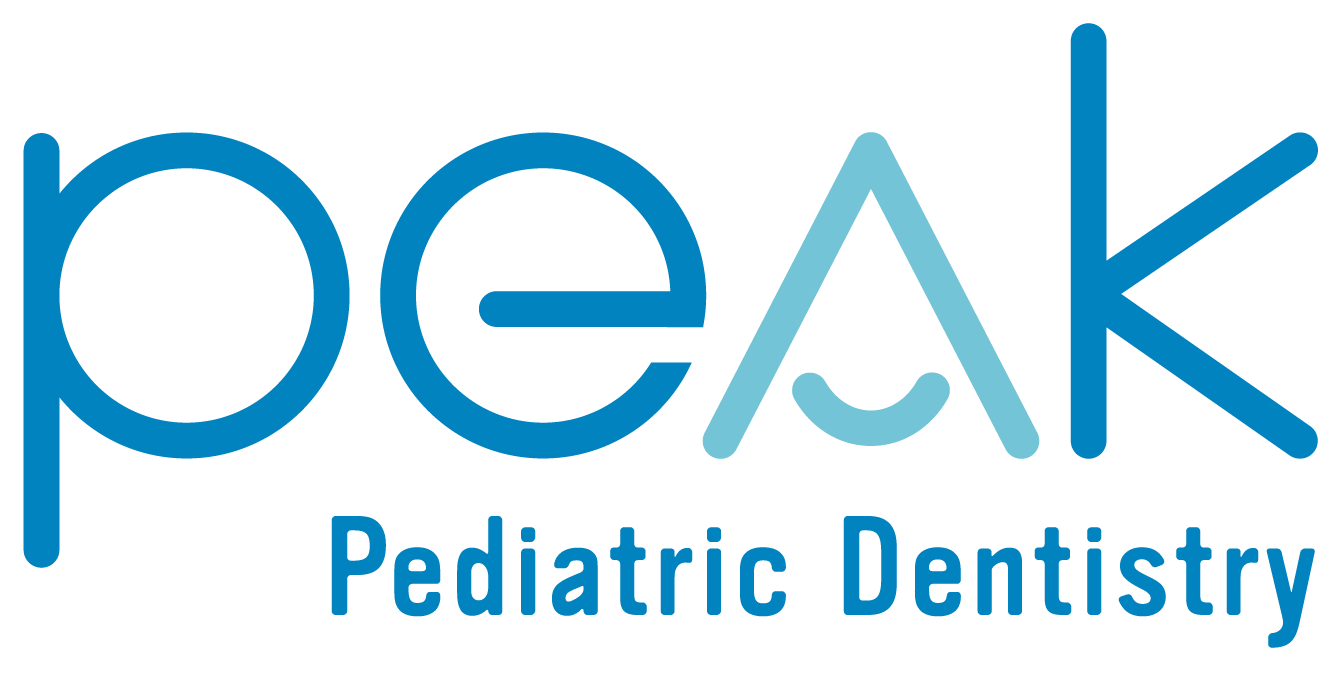 At Peak Pediatric Dentistry, our goal is to create a comfortable, empathetic, educational and fun environment for children and their parents.

We aim to be known for the quality of our pediatric oral health services and the care with which they are delivered.

We constantly employ the latest technologies and modern procedures to ensure high quality, safe, and conservative care for our patients and their families.

We are a mercury free, latex free, and BPA free dental office. As a Board Certified Pediatric Dentist, Dr. Chris has completed 3 years of post-graduate training after dental school and specializes in seeing children from infants to age 18. Dr. Chris and his staff are just so amazing. My little one had to get a cavity filled and I was more nervous than she was. They explained the whole process to me and really reassured me that she was in great hands. I watched the entire thing and my little one didn't even bat an eye. It was smooth, quick and the nurses continuously held her hand and made sure she was comfortable. I can't say nicer things about my experience with them every time we go. They are amazing!!!

My insurance changed and I had to find a new dentist for my kids. I stumbled upon Peak Dentistry and am so glad that I did!  I previously went to another popular pediatric dentist here in Carlsbad and this establishment was much more quaint and personal versus a larger in and out type of place. Amazing service, super friendly staff and overall a great experience here at Peak Dentistry. Highly recommend.

Dr. Chris and staff at Peak Pediatric are absolutely wonderful. Their care and concern for their patients is over the top. When you become a patient, you become a part of their family. They are always responsive in times of crisis, and do their very best to work with you to meet your unique needs. It’s so wonderful to be greeted by happy, welcoming friends when taking care of mundane dental needs.

I took my son (almost 3 years old) to Peak for a regular check up. Dr. Chris and his staff were extremely kind and very patient. The office is clean and kid friendly. We had a great experience. Why Choose
A Pediatric Dentist?

A Pediatric Dentist spends an additional 2 - 3 years in training after dental school learning to monitor the growth of and to treat infants, children, and adolescents. Problems identified and treated properly in childhood can reduce the need for future dental and orthodontic treatment as adults.

Dr. Chris is a Board Certified Pediatric Dentist.

Dr. Chris earned a Bachelor of Science from Creighton University in Omaha, NE, and upon graduation he immediately moved back to Southern California where he worked as a Molecular Biologist in La Jolla, California.  It was during this period that he met and married his wife Laurian, an Architect.

Deciding to switch careers, Dr. Chris moved with Laurian to New York City where he earned his dental degree from New York University College of Dentistry. Following four years in NYC, and the birth of their daughter Adina, the family moved to Albuquerque, New Mexico where Dr. Chris completed a residency in Advanced General Dentistry at the University of New Mexico. Upon graduation, Dr. Chris was named the Chief Dental Officer at Albuquerque Healthcare for the Homeless. It was during these years working with a wide variety of patients that Dr. Chris recognized his passion for working with children. In early 2011, and in recognition of his commitment to providing exceptional care in a public health setting, Dr. Chris was named by the New Mexico Primary Care Association as the New Mexico Public Health Dentist of the Year.

In the summer of 2011, now a family of five following the birth of their daughters Eliya and Shoshana, the family moved to upstate NY where Dr. Chris completed his Pediatric Dentistry residency at the Eastman Institute of Oral Health at the University of Rochester. In 2013 the family moved back to Southern California where Dr. Chris joined a venerable and long established multi doctor Pediatric Dental practice in Ventura County. He simultaneously joined University of California, Los Angeles School of Dentistry as clinical faculty in the Pediatric Dentistry Department teaching and supervising dental students in the Pediatric Dentistry clinic. Dr. Chris still maintains his appointment at UCLA. Dr. Chris and Laurian with their three girls Adina, Eliya, and Shoshana, live in Carlsbad and are very involved in volleyball and lacrosse.  When he is not in the office, Dr. Chris enjoys surfing, skateboarding, cycling, and spending time with family and friends. Often, the family can be seen at the beach or in the village. 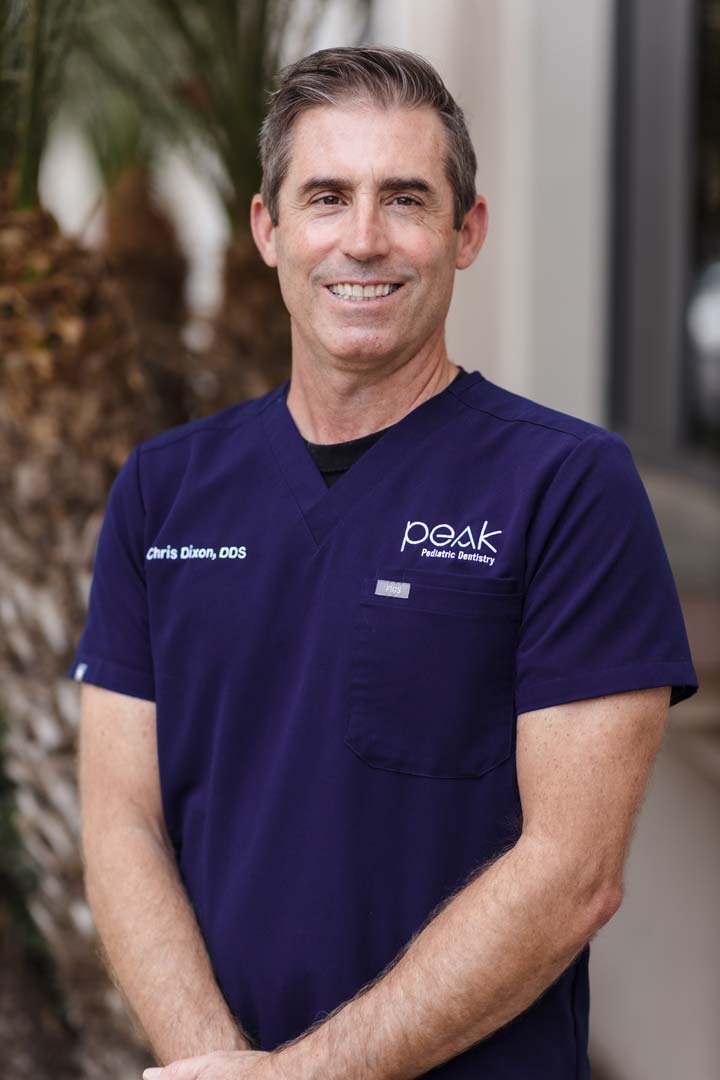 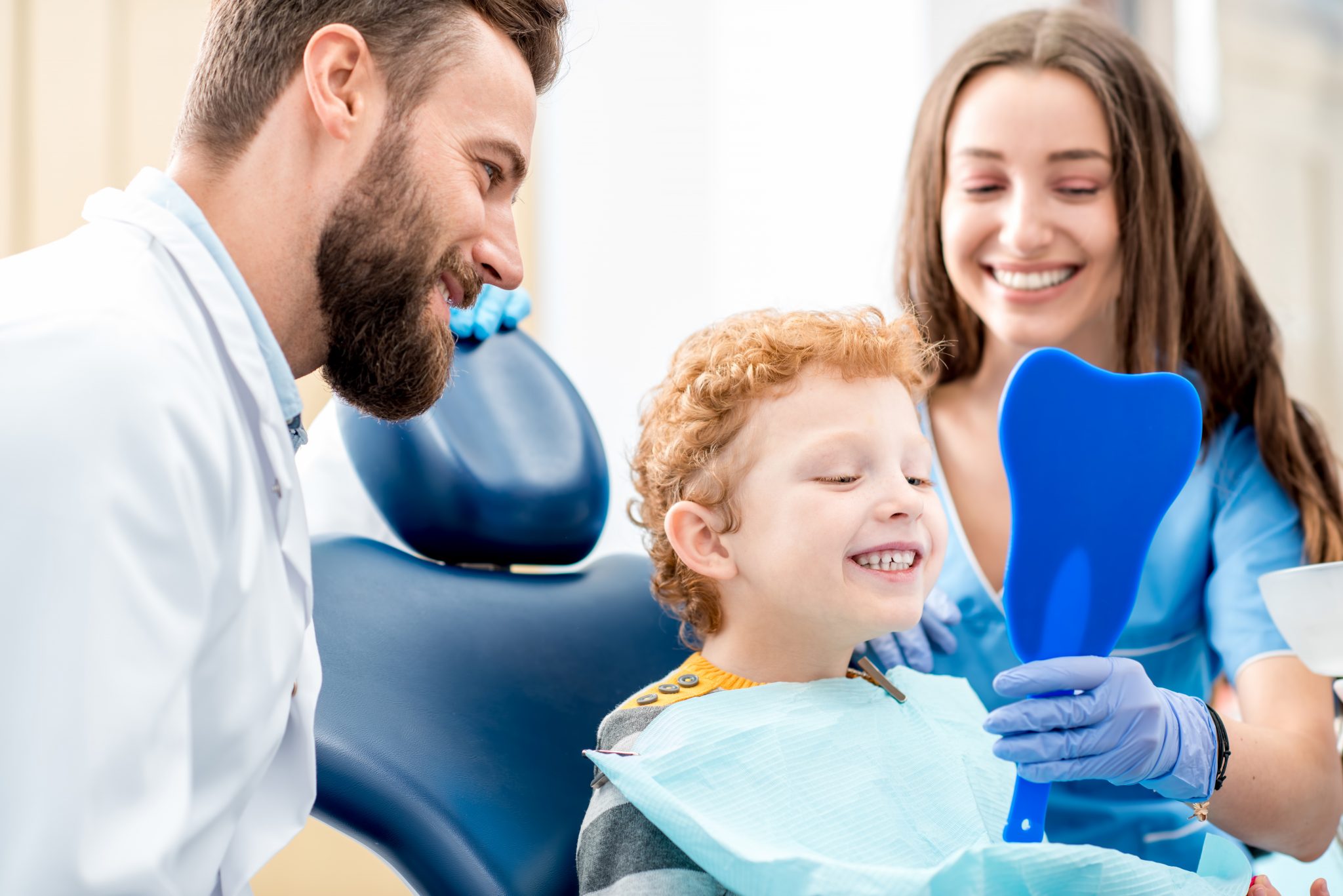 Pediatric dentistry involves care that is specific to babies, toddlers, children and teenagers. We aim to make your child's dental visit as comfortable... 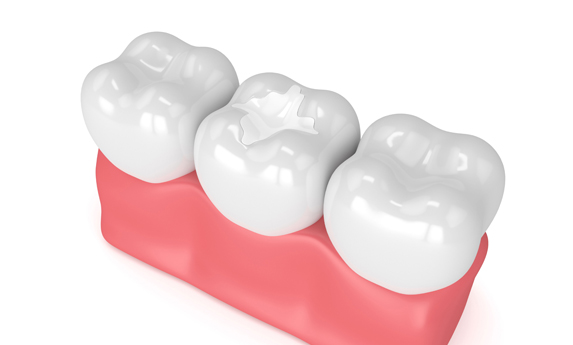 A dental filling is a restoration that replaces areas in a tooth that have become decayed. If your child has one or more cavities, the decay will be removed and a composite resin (tooth-colored) filling will be put in its place. 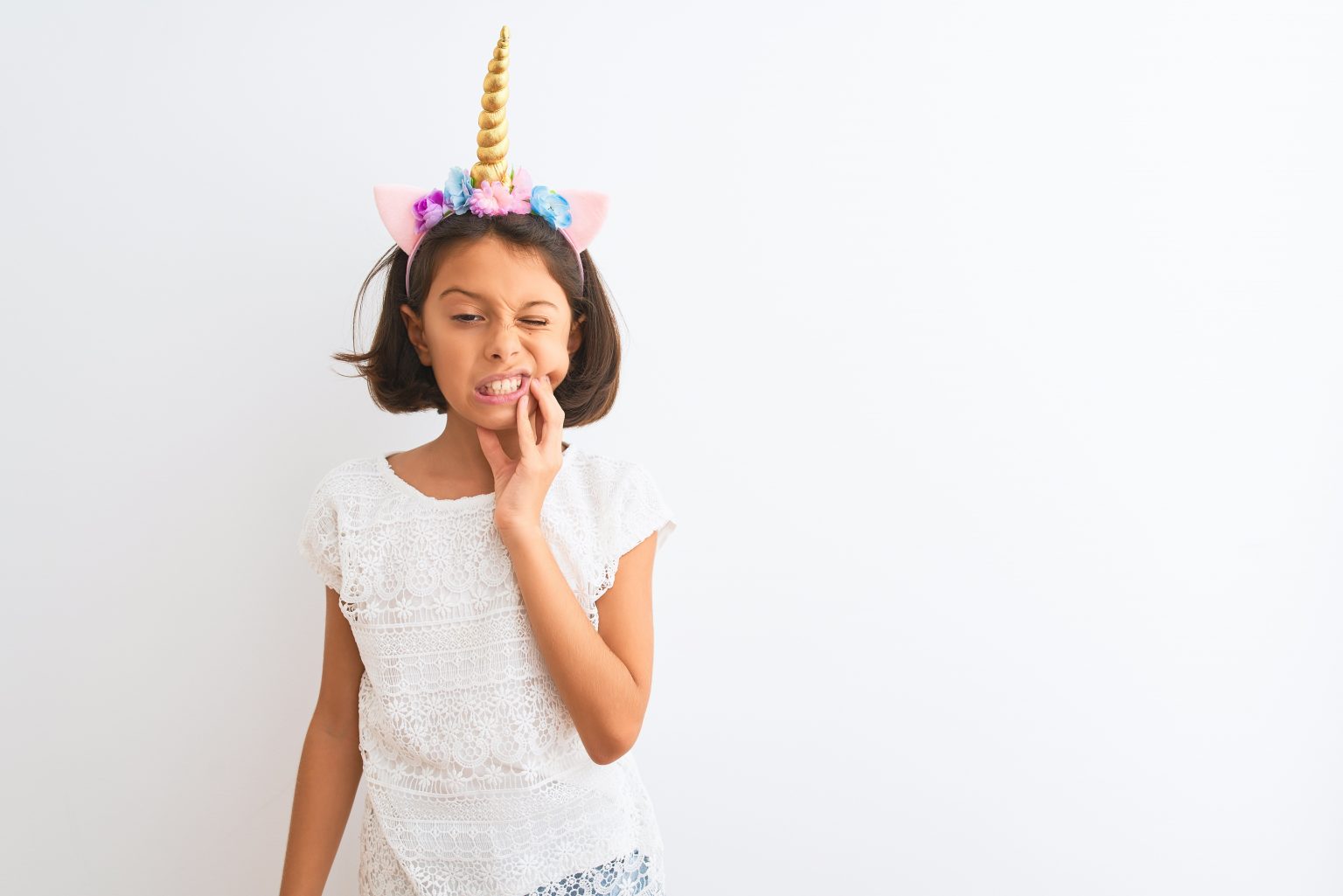 A Dental Emergency is when urgent dental care is needed to evaluate a child for pain, discomfort, or swelling. Emergencies can strike at any time.

Pediatric dentistry involves care that is specific to babies, toddlers, children and teenagers. We aim to make your child's dental visit as comfortable... 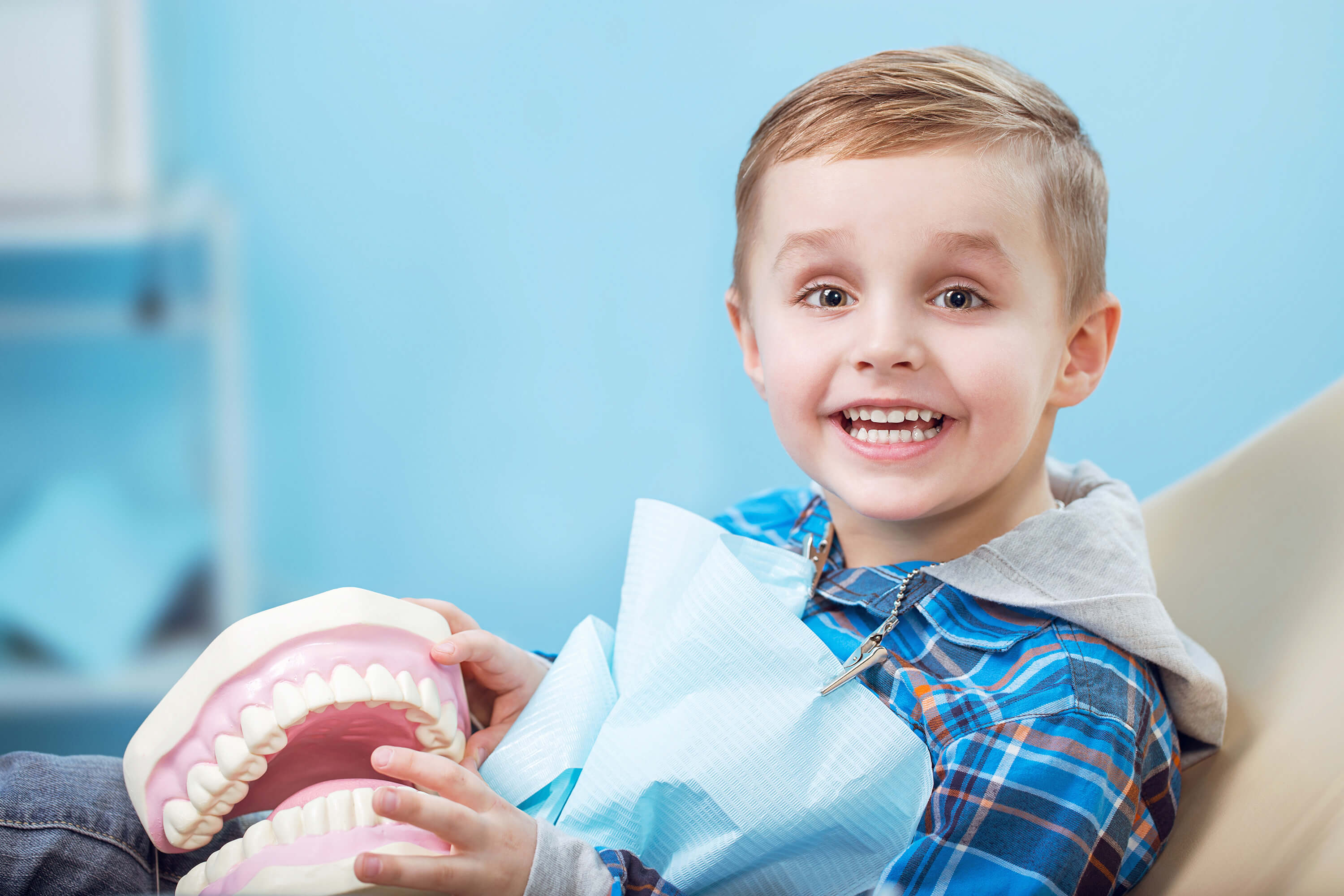 Pediatric dental exams are done in our office in a safe, comfortable and relaxed manner.